It happens every year when the anniversary of 9/11 rolls around. I find myself wishing that those violent and horrific terrorist attacks had never happened—not only for the lives lost but because of the negative changes that have come to our world as a result of that fateful day.

It’s not that the world was necessarily a nice place before September 11, 2001, but it has definitely been even less pleasant since. Overall, from my perspective, people are less friendly, more calloused, and more fearful. I know it makes me sound old, but there are definitely times when I wish that we could return to the days of yesteryear.

Still, I have come to the conclusion that nothing good ever comes from fretting over the negative changes in our world. Nothing. Those who fail to adapt to change will soon find themselves mired in misery. A friend recently told me about a study that found the one common theme between people who lived to a ripe old age was their ability to adapt to change. I haven’t taken the time to verify the study, but it makes sense. Trying to hold on to what once was has a tendency to sap the vitality from even the most vibrant of people.

Isn’t it ironic that the one group of people—Christians—who should be most adept at adjusting to change is usually the first to resist anything of the sort. In part, this is because we’ve seen such a moral decline in our culture over the past 50 years. Still, something deeper is at work. We often resist change due to our shortsightedness; we don’t realize that, in most cases, change equals opportunity.

Consider, for example, the sense of anxiety and security that so many people feel in our day. Can there be a better opportunity to point them toward our Rock, the One who provides peace and security in even the worst circumstances? What about the fact that so many people are unchurched? At least these folks aren’t beset by the religiosity that has plagued the church for so long.

Greater still, overshadowing every negative change in our world is the reality that the kingdom of God is advancing on this earth, that the time of Christ is drawing near, that each passing day brings us closer to the full revelation of our eternal hope.

There’s something exciting happening that is easily missed by the casual observer. The kingdoms of man are crumbling while the kingdom of God draws near. The kingdom of God! It’s that one and only government that can produce a truly peace-filled society. This is not a time to shrink back in fear, or to fret over things that have been lost. This is a time to lift up our heads and open our eyes to the ripening harvest around us.

If I could rewind the clock and somehow stop the events of 9/11 from happening, I most certainly would. But I can’t. Thus, I am working to accepting the realities of this world while pursuing the greater reality of God’s kingdom. For the person who loves God and seeks good, change equals opportunity. Let’s not allow it to slip through our fingers! 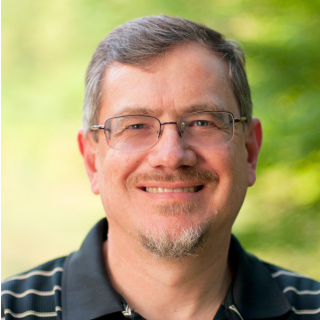